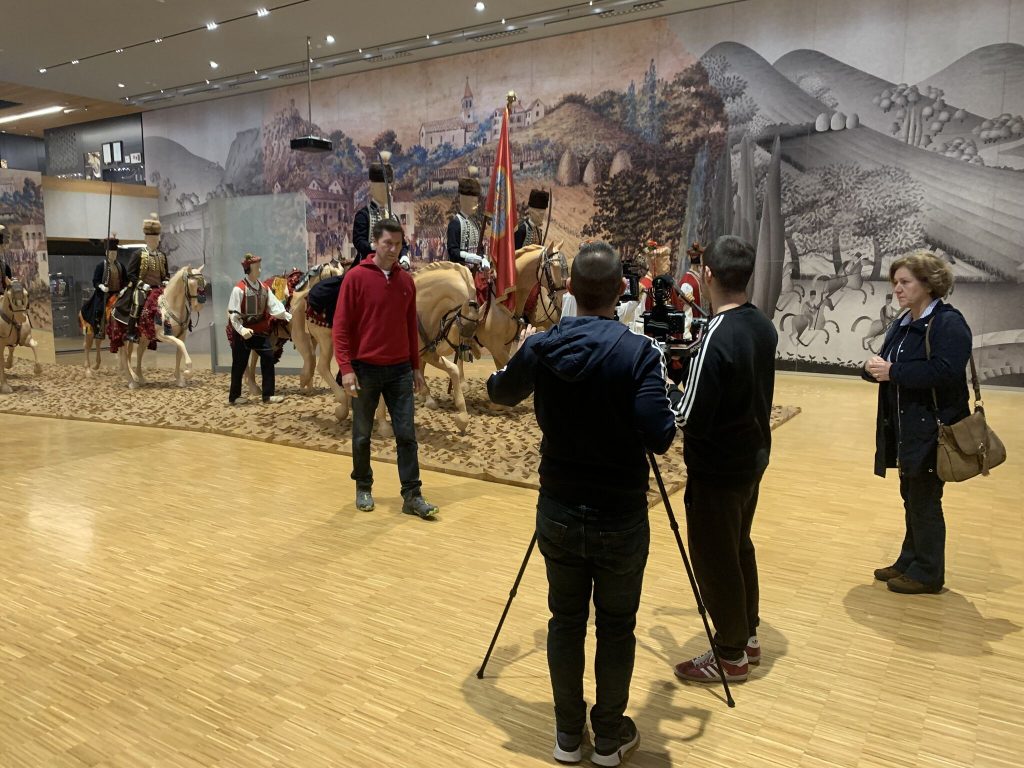 As part of Split’s Living Lab activities, the Faculty of Economics, Business and Tourism from the University of Split (FEBT), in collaboration with UNESCO, has organized a workshop focused on intangible cultural heritage (ICH) and sustainable cultural tourism. The workshop is focused on the capacity building of the local stakeholders on the UNESCO Convention for the Safeguarding of the ICH, emphasizing participatory inventory and awareness-raising on ICH. It aims to introduce the stakeholders to the key concepts of the Convention, its ethical principles, and methods of participatory inventory of ICH, and raise the awareness of the local community on the ICH’s richness and its potential in the context of sustainable cultural tourism development. The program has been planned as a four-part: two online and two live meetings. The manager of all four modules is Mrs Tamara Nikolić Đerić, PhD, a longtime UNESCO facilitator.

The first part of the program was organized on Monday (February 21) via the Zoom application. The focus was on identifying and inventorying local knowledge for cultural tourism development. There were approximately 20 LL participants, and it lasted 2 hours. The Convention on the Preservation of the ICH, its ethical principles, and participatory inventory methods were discussed during the workshop. After the theoretical part, the LL participants prepared a questionnaire for the participatory inventory of ICH under the facilitator’s supervision. Then, from February 21 to March 1, LL participants were given the task to identify one ICH element and conduct at least one interview with local community members in preparation for the next part of the workshop program. During the process, they were continuously supported by the facilitator.

On March 4, in the hotel President, in the city of Solin, the second part of the workshop took place. It was dedicated to the inventory of ICH. During the first half of the daily program, incentivisation processes were discussed among LL participants, emphasizing the challenges and opportunities identified while working together with the local communities. In the second half of the program, the meeting of LL participants and invited local community members from Solin was organized. They worked together on the development of the ideas.

The third part of the workshop happened on March 15, online (via the Zoom application). The main topic was raising community awareness of heritage potential in sustainable cultural tourism development. Also, the principles of the Convention on raising awareness of ICH were argued at the workshop. In addition to good practices and the potential that heritage offers to local communities, the necessity to be aware of the dangers that threaten heritage preservation and sustainable tourism development was emphasized. After the introductory theoretical part, an action plan for the pilot project was created.

Finally, the fourth part of the workshop is planned to occur in Split on April 4-5. During the two-day program, in collaboration with the local artists, LL participants will co-create the campaigns to raise awareness of ICH. Results are going to be presented publicly at the online event in May.

Last week the Department of Tourism and Economy of the University of Split, Faculty of Economics, Business and Tourism organized a very fruitful codesigning workshop with stakeholders in Split Metropolitan region Living Lab.

The workshop focused on the verification of needs and priorities that were identified throughout the analysis (first part of the TOR) and used the opportunity tree technique to identify and agree on critical priorities associated with sustainable cultural tourism development and initiate the co-design of interventions to address them to initiate the co-design process. This Living Lab is part of Horizon 2020 funded project SmartculTour, which aims to broaden the understanding of how cultural tourism development can support the sustainable development and resilience of European regions

The next step is developing the interventions within the priorities that have been identified through TOR. One intervention will be related to education and building capacity, and the other will raise awareness and foster cooperation and networks.